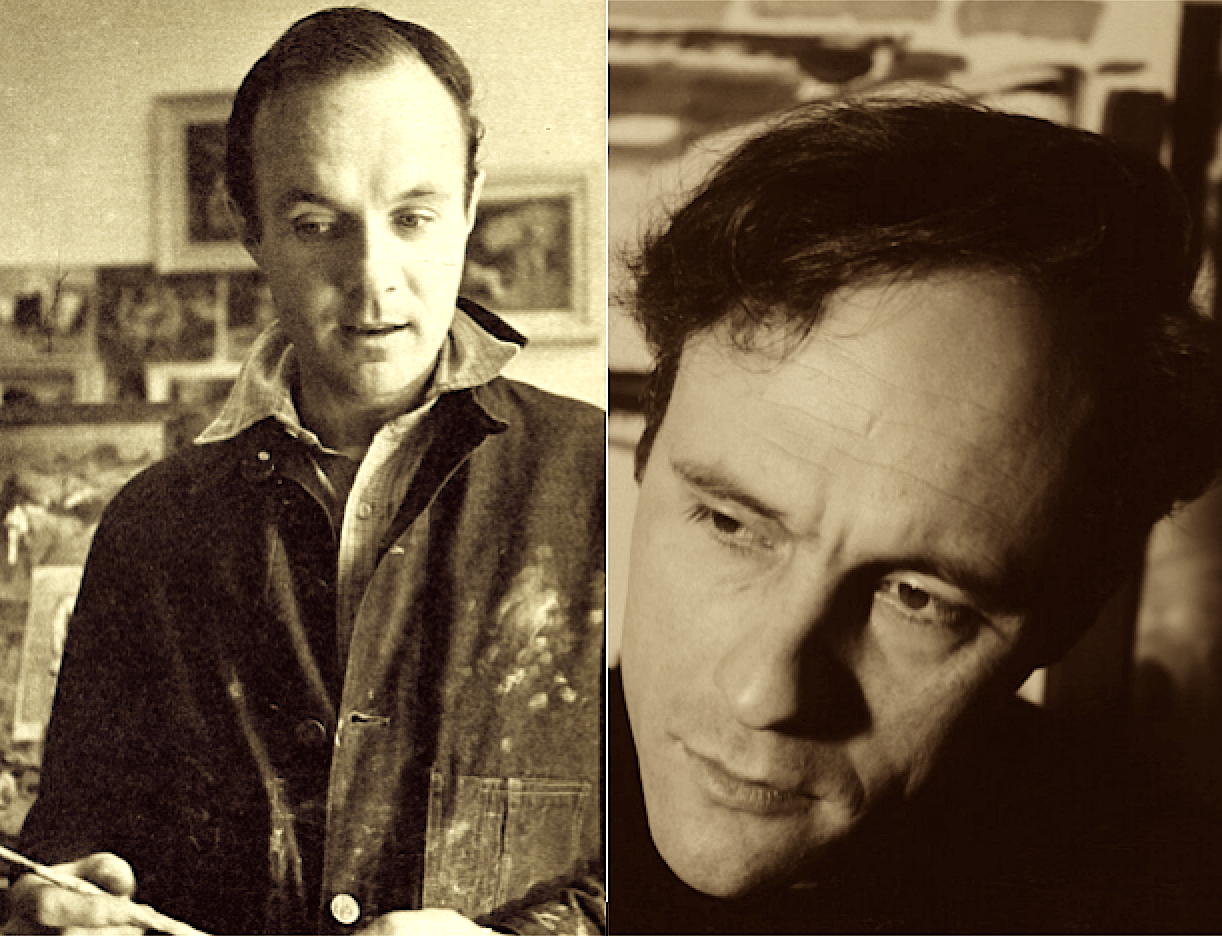 Probably 1955 This book is mainly concerned with paintings and sculpture from Cézanne to the present day with short fragments on some aspects of the art of the past. One might reasonably expect that a professional painter might show some prejudice on narrowness of sympathy when dealing with the work of his contemporaries, but this is most emphatically not so with Mr. Heron. His range of tolerance and understanding is considerably wider than that of most critics, and being a painter himself, he knows instinctively where the heart of man’s work lies. Being a painter he also knows what painting is about; that is, it is in fact about coloured forms on a flat surface and that the contents of the subject matter, theory, or favourite philosophical and aesthetic contents are subordinate to this. He also knows the point at which analysis and explanation of any work of visual art comes up against the barrier of the unexplainable – beyond which communication can be by insight only.

“The extremes of my ambition, as a critic,” Mr. Heron says in his introduction, “barely extend beyond the desire to assist the reader to become more conscious of the palpable plastic realities of a painting or sculpture.” This is by no means such a modest aim as it may sound. Few critics have even attempted it. They content themselves with discussing the mood, the poetry of the painting or (if they are French critics) they festoon it with garlands of poetic prose until it is practically invisible. Those that have attempted it, Roger Fry for instance, usually arrive at the frontiers of their own practical experience as painters; beyond this the focus of their perception broadens out into aesthetics. Plastic realities deal with visual sensations and not with ideas. Ideally, as Mr. Heron says, all criticism should be conducted in the presence of the work itself. To make it palpably real its physical textural surface must somehow be evoked by metaphor, or the sensuous experience of the artist while creating it expressed in words. That he so triumphantly succeeds in his ambition makes Mr. Heron’s collection of essays one of the most valuable books on the modern movement to have been written. The book consists of long essays on Braque, Picasso and Bonnard, shorter ones on more recent painters, and discourses on such subjects as distortion, space and rhythm. These latter are never treated as though they were abstract concepts existing in themselves, but always in relation to particular works which embody them. Thus while being shown the wood we never lose sight of the trees. There is a section called “Twenty-five Fragments” at the end, on a diversity of subjects, which contains some of his most succinct and penetrating thoughts. The structure of the book is clearly explained by Mr. Heron’s introduction. It pretends to be no more than a symposium of those criticisms, lectures, ideas over a period of time collected together in a volume. If it has not the organic cohesion of Mr. Herbert Read’s Icon and idea, there is no reason why it should, since it is not concerned with developing a single thesis. There are some repetitions (phrases about Braque in the essay on Picasso and vice versa) and a tendency towards animadversion in the trend of his thought (an over fondness for parenthesis) so that his sentences at times grow so many branches that they begin to sag at the stem; also, perhaps the most tiresome fault, a habit of supercharging the contents of the word by italicizing it, which is really unnecessary as his vocabulary is both accurate and adequate, and only ends by deadening the reader’s receptiveness. Again, through no fault of the author’s, but owing to the long delay between completion of the book and publication, the term ‘latest work’ sometimes refers to work exhibited five years ago. But this is never seriously misleading as the author is careful to give dates whenever there is any doubt. Nevertheless each essay is a complete unit and the book is more rewarding when reading sections than as a whole. Two of the essays seem to me outstanding: “The Necessity of Distortion in Painting”, in which is answered, one feels for all time, the endless dispute on what is and what is not allowable to the painter in departing from what is popularly known as ‘reality ‘(i.e. what the other person thinks he sees). This should be made a basic training in all our schools and compulsory reading for every painter’s relatives. The essay on Braque, who has always suffered an eclipse in this country beside the greater brilliance and more publicized reputation of Picasso, is the most penetrating and revealing essay on that great painter. Although it is not necessary to agree with Mr. Heron’s estimate that he is the greatest, he nevertheless makes one see that his claims are infinitely greater than many had supposed. The persuasive, almost beguiling quality of his style cannot adequately be conveyed in quotations, since it requires time for the reader to be enfolded in its rhythm. But there is a passage in which he is comparing Picasso with Braque which is an example of the pointedness and clarity of his thought: Picasso values vision more highly than the picture; he desires communication more than design. For Braque, on the other hand, the painting itself is the vision; the design is the message. Picasso uses paint to project an image; Braque uses images to inform paint. We often receive Picasso’s message, absorb his idea, in ignorance of or indifference to the actual means the artist has employed. This is impossible with Braque, with whom the thing communicated is… a remarkable object, the picture itself; alive, mysterious, full of sensuous refinement and intelligence; yet durable in its substance and timeless as impact and effect. Picasso’s seeks primarily to map the metaphysical landscape into which we are moving: the map, once read, becomes a decoration on the wall; an unimportant object, compared with the region it relates to. Picasso’s amazing achievement is not restricted to painting; and as painting it is therefore, it seems to me, denied supremacy. Braque, by contrast, highlights and elaborates the means of communication, until vision and material have become identical. The picture is not the vehicle of meaning: the picture is the meaning.
And here, with a conjuror’s magic of painting the picture before our eyes, he brings us close up against the surface of a Braque.

The thin washes settle into the gritty surface as a matt stain; and a stony opacity well becomes the vision. Dividing and bounding these carefully plotted areas run channels and low walls of paint, dragged on by a hand miraculously sensitive and expressive in its touch: the lightest flicks reflect the rhythm in the whole conception, very much as small strands of rock on the Kerry coast are microcosmic illustrations of that coast’s general geography. And evoking the nude in Braque’s Femme à sa Toilette: The even pinky-beige of her back, of which the first impression must be that it is too even, too empty (until we sense that this is an emptiness strangely potent and integrated, one of Braque’s personal secrets, in fact) is acted upon by a flashing white-on-blue line drawn around the profile of the shoulders, arms and face. Here we find that the description of cold, gleaming morning flesh has been condensed into this single brilliant rim-line. All the reflections and modeling of the back are swept aside by the large, flat, pinky-beige peace, only to be evoked again, with a vividness unequalled in their material dispositions, by the single line at the profile.

But on almost every page there is a sentence, sometimes only a word (on Soutine: “under the mad whirl of pigment – gristle gleams”) which is enough to bring one close up against the thing referred to. This is quite different from the political similes and paraphrases implied by most critics. These are images and metaphors drawn from the processes of painting itself; a census identification with the technique of the painter concerned, which only another painter could imply.