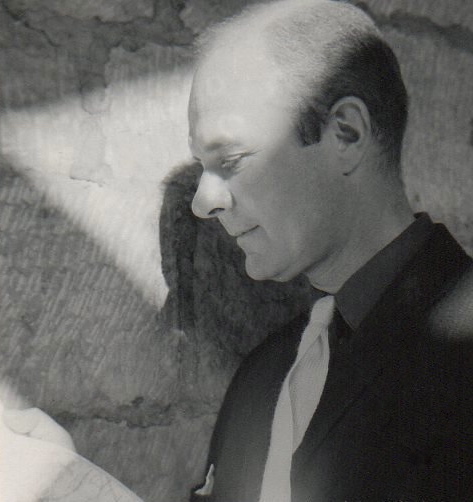 I cannot help [feeling] a sense of dismay when I look back on my lost youth. All those years when I should have been young and free and daring, but was living, or existing in the hen-coup of my mother’s tolerance or approval, which I dared not outrage. And my inherited timidity which held me back from every enticing encounter. The great inhibitors. If I had only understood then what I do now, or if someone had understood for me, there would have been time to do something about it. I could have been analysed perhaps. The chains could have been unfastened and I might have led a fuller life. Compared with young people today my life is ridiculous. I did nothing. A humdrum routine at Lintas from 9.00-5.00 and then evenings at home with m[other] and trying to listen to music on the radio. Warm, cosy, well fed, comfortable, and half-dead.

(From and unpublished notebook, February 1965)

Through an innate shyness and fear of other people he contrived, over the years, to be exceedingly busy and preoccupied so as to discourage others approaching him. He was successful in this. People respected him as hard-working and conscientious – someone they were reluctant to impose themselves upon. They went elsewhere. And so in the end he was left quite alone, in comfort and security, I Admired and respected by all, but with nothing whatever to do. On days when he had an appointment he would take special measures to be in good form. Early night, perhaps with sleeping pill, I’m mildly stimulating drug in the morning. He would arrive in good time only to find the student was absent, still in bed perhaps, and no one around. So once again the excitement, preparations, revving up, as it were, ended in nothing and he found himself alone.