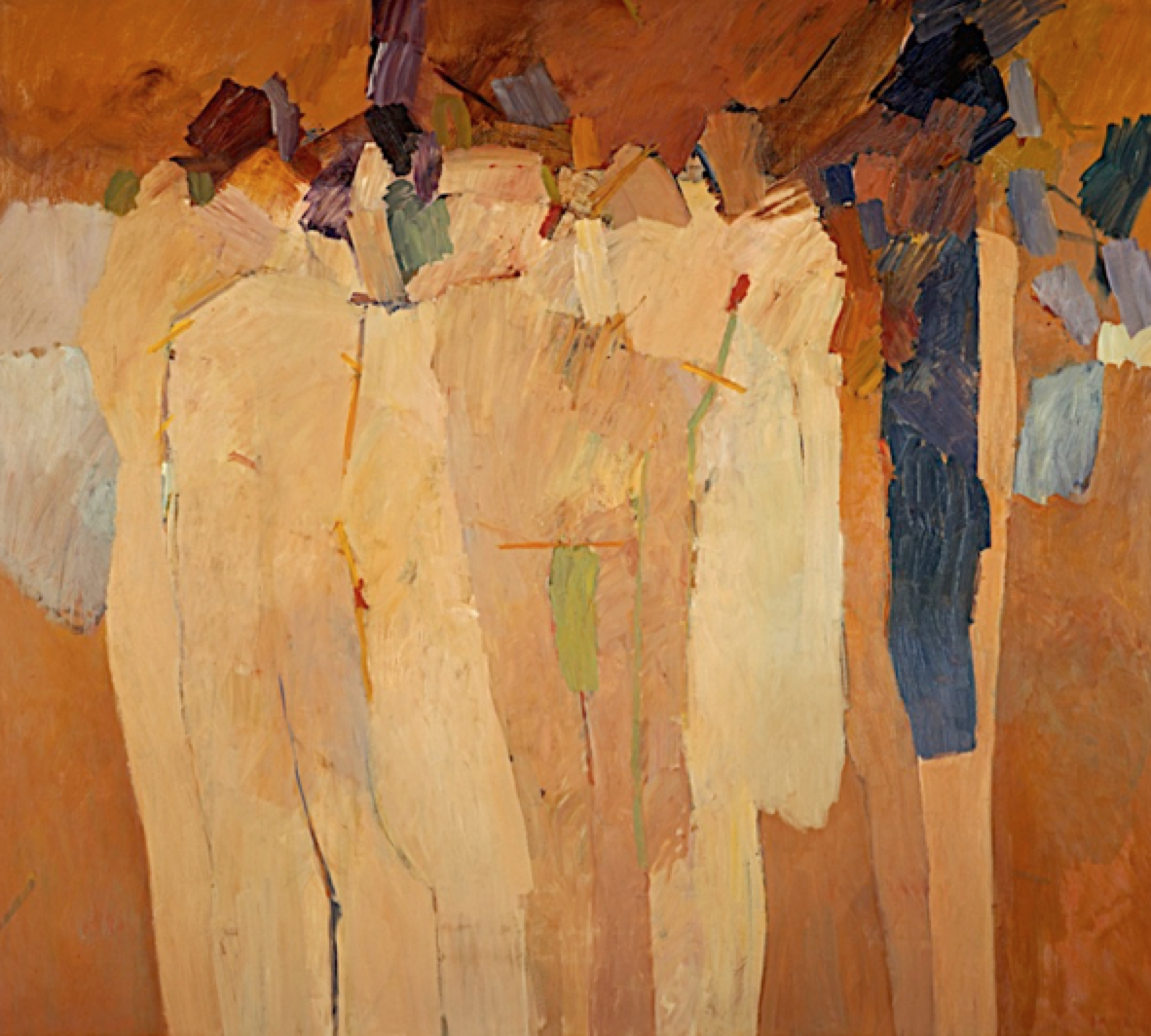 The composition consists of an amorphous, interlocking mass of figures rather than a grouping of individuals. Vaughan is overwhelmingly preoccupied with the depiction of skin and flesh and uses pigment as an expressive equivalent of it. His paint tracks flicker and quiver in various directions as he works his brush through the still-wet pigment. There is no foreground to speak of and the figures and their environment have virtually fused into one. Rooted to the bottom edge of the canvas, physical presences grow upwards from it. A suggestion of long limbs, thick-set torsos, angular shoulders and bullet-like heads begin to evolve and bodies grow and form themselves into a human mass. Individuals are not to be recognized but regarded only in a busy, hectic association with their anonymous neighbours.