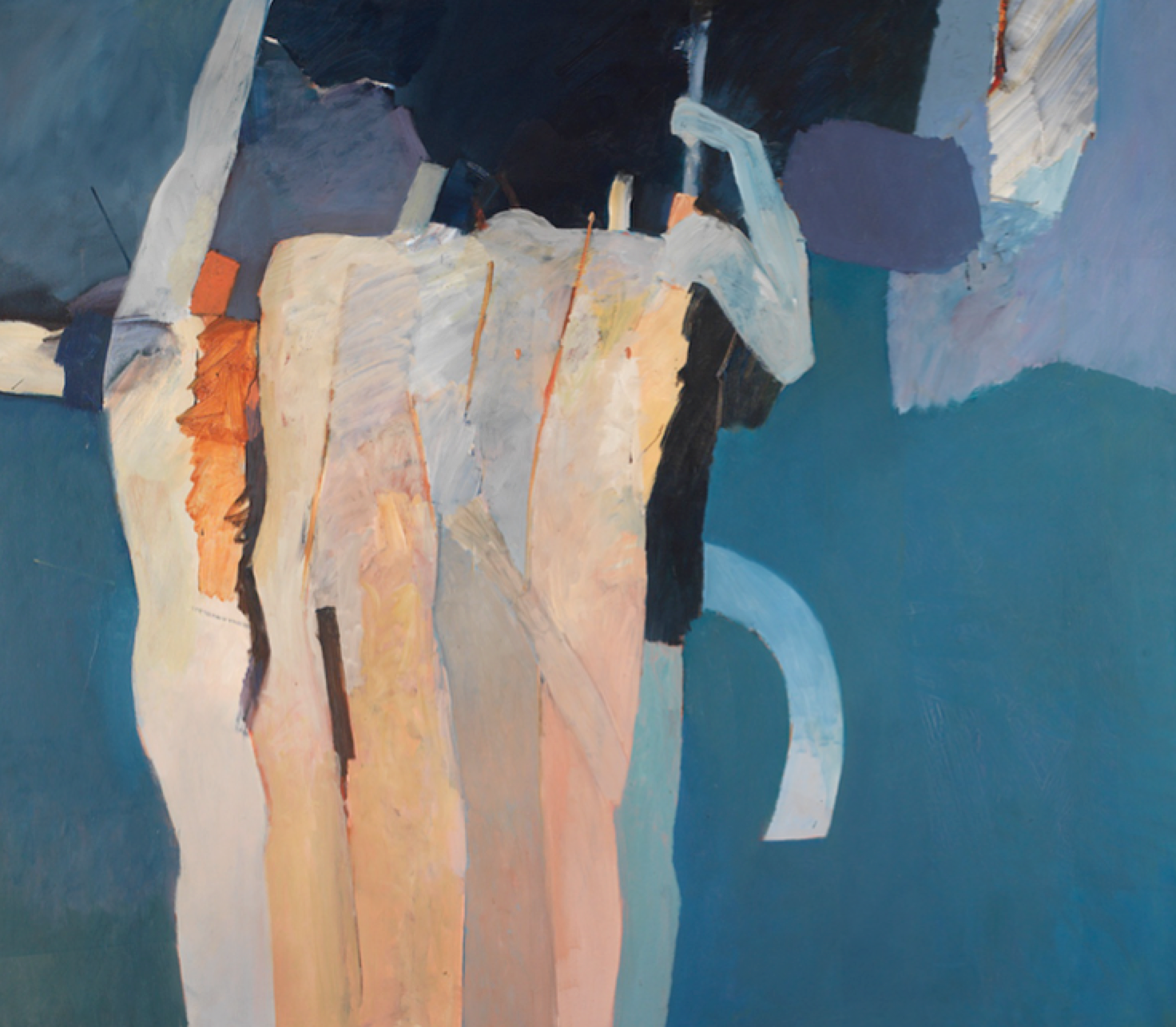 The unidentified figures in Vaughan’s Seventh Assembly are on a long, slow boat journey to an unknown region. They balance precariously together, as they float away from the viewer, on a narrow barge whose prow is reduced to a formalized, sprung arc. In the distance a dark, ominous sky is suggestive of something portentous. By giving the painting the sub-title Nile Group, Vaughan associates these unlikely figures, huddling together for mutual support, with the heroic mythology of the ancient world. The right-hand figure holds a barge pole with which he propels his crew forward, silently floating through the unchartered, watery-blue lagoon. The upraised arm of the left figure echoes the bargeman’s movement as he holds on to the edge of the canvas, steadying them all. We are reminded of the rivers of the classical underworld, of Charon the ferryman and of the transportation of the newly deceased souls to the land of the dead. We recall, too, Böcklin’s three nightmarish paintings of The Isle of the Dead.

Four years before he painted Seventh Assembly of Figures, Vaughan visited Greece for the first time and travelled around the Cyclades islands. The clear turquoise sea and the endless blue skies directly affected the appearance of his work in the years following. Open areas of subtly harmonized Cerulean, Prussian and Ultramarine blues soon began to fill his compositions, suggestive of water, air and space.