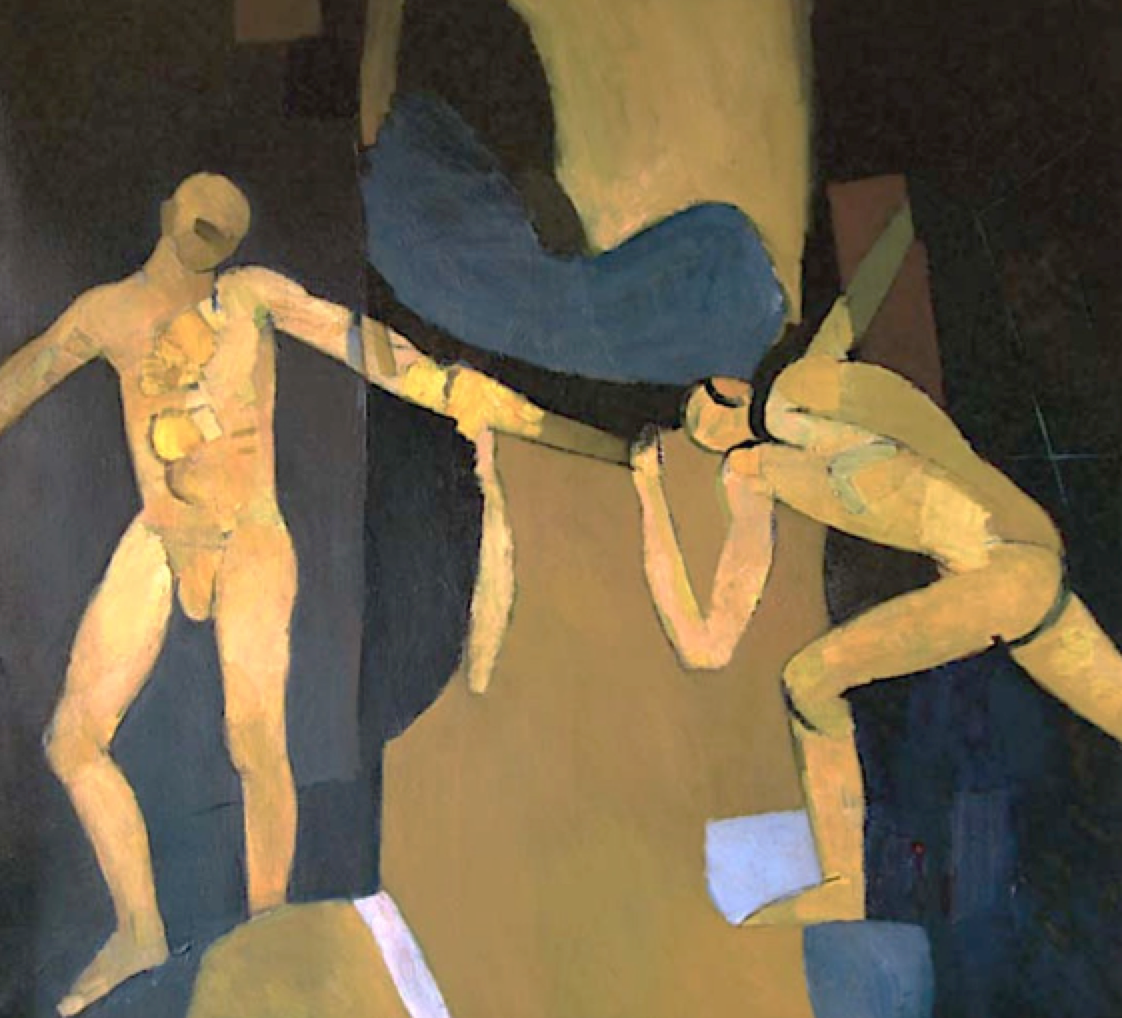 Two figures hardly constitute and assembly and so Vaughan’s subtitle, Two Figures in Sequence, helps to make Fifth Assembly of Figures a little easier to comprehend. According to Sir Peter Shaffer he wished to imply the presence of other, unrepresented figures that remain outside the picture plane, perhaps in a chain or sequence with the represented two. These express a vigorous sense of left-to-right motion as if they are in the process of passing across the space like dancers or sprinting athletes. One rushes into the painting, his leg trailing behind, while his companion leads him out again to the other side, perhaps holding the hand of an unseen other.

According to John Ball, Vaughan was particularly fond of Matisse’s two versions of La Dance (1909/10), and his swirling female dancers are echoed in this golden chain of male figures. We are prompted to recall Vaughan’s Pagham photographs and those of ballet dancers, taken at Covent Garden in the early 1930s, as they moved in and out of screening flats and painted partitions. He was also fascinated by Classical and Hellenistic Greek sculpture and how the sculptors of antiquity represented the male form. The Discobulous, attributed to Myron, may well have inspired the bent over right-hand figure.

The late Sir Peter Shaffer, one of Vaughan’s friends, liked to tell the story of how he acquired Fifth Assembly of Figures. Having spent the morning at Vaughan’s Belsize Park studio considering what to buy, he asked if he could see this quite dark canvas in daylight, rather than in the studio. Together they carried it outside into the street, leaned it against a wall and began to examine it in full sunlight. To Shaffer’s horror, a sudden gust of wind blew up and lifted the canvas into the air, tumbling it down the street. While they chased after it, the painting suddenly came to rest upright and unharmed – much to the relief of both painter and playwright. Shaffer thought he’d better buy it before it got away again. On his death, he bequeathed the Fifth Assembly to the Fitzwilliam Museum in Cambridge.