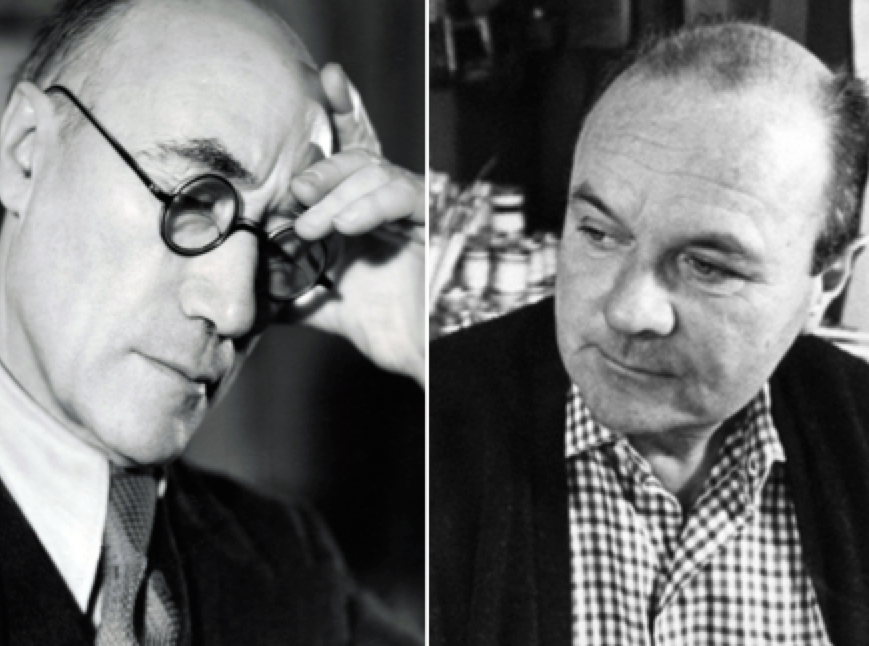 There seems to be an accepted principle among reviewers since the death of André Gide that his stature, without being actually challenged, must be quietly whittled down, his importance pruned away until he fits comfortably into the pigeon hole of a minor, but honourable ‘man of letters’ – there to be quietly forgotten. The reasons for this are partly, no doubt, dislike of his paganism, his homosexuality, his individualism, but mostly dislike of his refusal to be classified into any particular group of thinkers. Because he perpetually challenges all systems and beliefs behind which most people tend, sooner or later, to shelter from the impact of the unknown, he is like a perpetual draught to those people. His influence is to make one continually wonder whether, after all, what one believes is really the whole answer. “In a world crying for certainties” complains your reviewer, “Gide offers nothing of positive value – and much that is pernicious.” This seems to me unjust and untrue. In times when societies are disintegrating ‘the world’ or at any rate the less robust inhabitants of it, have always cried for certainties, and there has never been any scarcity of people to offer them. But surely the whole point of Gide’s life was to pass beyond these ‘certainties’ (which never fitted more than some of the facts, and are totally inadequate to deal with the facts so rapidly acquired in the present century). Far more important for the present generation than Gide’s love of literature is his love of life, and not only human, but animal and vegetable life. Time and again in his writing there is that great affirmation for the wholeness, the complexity and the continuity of life – his acceptance of the contradiction inevitable between the rational desire for order and the chaos of man’s sensory awareness of life. Death, too, he viewed not as something to be “accomplished in an orderly way, like the making of the bed” but more simply as submission to a process as natural as the falling ripened fruit “the moment when one begins to detach oneself somewhat, when one ceases to cling so firmly to the branch. Soon one will be ready to pick. Is it so hard to die as people think? Doubtless one has only to let oneself go; the mistake lies in hanging on too much to life.” But this point of view of death your reviewer seems to find “lacking in serious contemplation.” And Gide’s atheism – what does this amount to: I believe that mankind is old enough to get along without the comfortable support of an “attentive, tutelary, and retributive providence.” That God exists in virtue – (which he provisionally defines as “the best the individual can obtain from himself”). That God lies ahead – depends on us, and is achieved through us. “But cannot man learn to demand from self, through virtue, what hitherto he believed to be demanded by God?” Surely there is more in this then can be quietly put aside as “Settling down into a serene atheism.”

“Gide’s immense curiosity seems only to have led him round and round in the same grooves” writes your review – but the grooves surely are not concentric; but like the grooves of a gramophone disc, gradually increase in circumference as they reach the perimeter of his life experience.