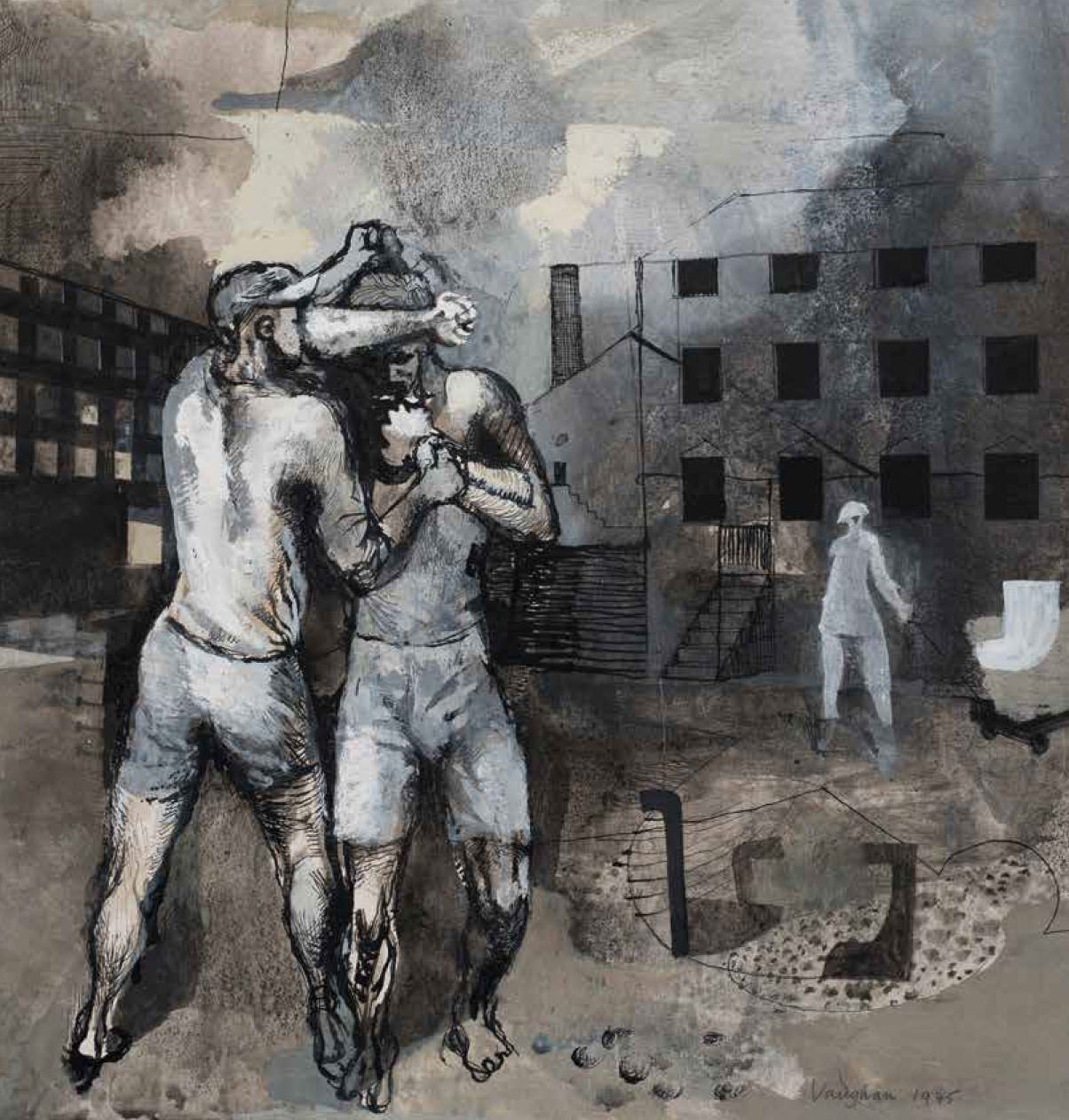 Sixteen works by Keith Vaughan will be on show in the forthcoming exhibition The Romantic Impulse: British Neo-Romantic Artists at Home and Abroad 1935- 1959, at Osborne Samuel Gallery. These include two major oil paintings: Cartoon for Festival of Britain, 1951 Laocoön Figure, 1964; seven wartime gouaches: Standing Male Figure by Moonlight, 1941, The Wall at Ashton Gifford VII, c.1942, Seligheit I, 1944, Landscape with Sheep and Shepherd, Derbyshire, 1944, The Garden at Ashton Gifford, 1944, Eden Camp, 1945 (which also features on the cover of the catalogue) and also Yorkshire Farm Labourers, 1946. There are two interesting pen and ink drawings: Study of a Boy, 1949 and Standing Figure, 1949, and two significant gouaches: Still Life with Skull, c.1953 and Boy on a Table, 1950. Three lithographs are also to be exhibited: Festival Dancers, 1951, The Walled Garden, 1951 and Winter Landscape, 1949.

A sumptuous 120-page catalogue accompanies the exhibition, with an essay by Gerard Hastings. It traces the development of Neo-Romanticism from Blake and Palmer, through the work of F. L. Griggs and the Goldsmith school of etchers, on to Paul Nash, Henry Moore, Graham Sutherland, John Piper, and also examines the work of the younger generation of Neo-Romantic painters such as John Minton, Michael Ayrton, John Craxton, Prunella Clough, Alan Reynolds, Colquhoun and MacBryde as well as other artists associated with the group.

There will be over 100 works on show, some of them never before seen and others not exhibited for decades. The exhibition is the inaugural show in Osborne Samuel’s new premises in Dering Street, London and promises to be areal treat for Vaughan admirers.