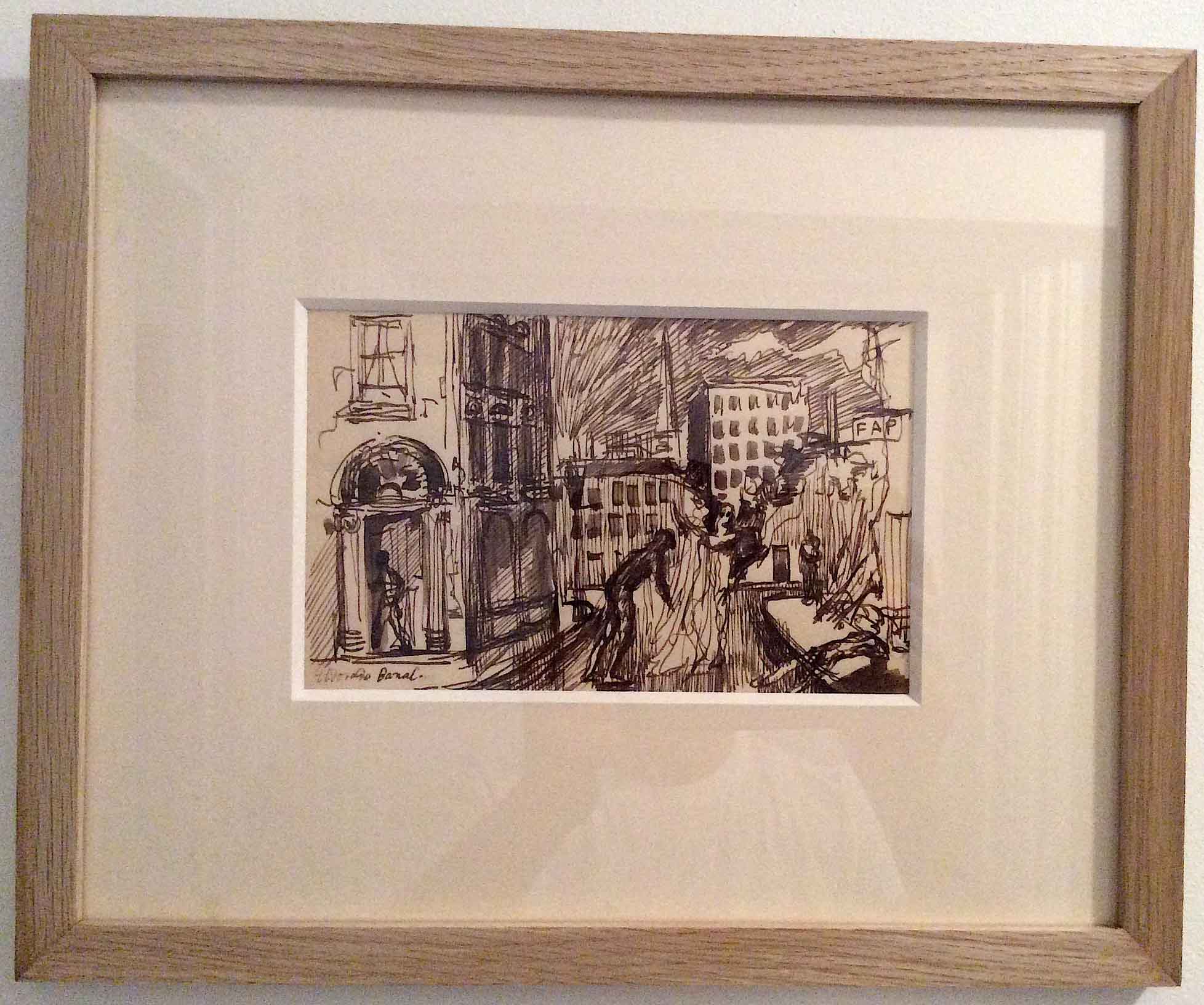 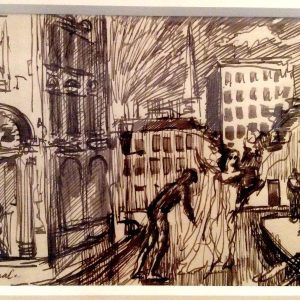 Pen and ink and wash on paper
Inscribed in the artist’s hand lower left, studio stamp on reverse
13.8 x 22.5 cm
Framed in oak

This drawing comes from a wartime sketchbook made at Codford Camp in 1942. It is one of a pair that Vaughan made based on Baudelaire’s poem, Un Voyage à Cythère (1857), which he first read in 1941. It became a favourite poem – so much so that he returned to it at the very end of his life, making it the subject of his Ninth Assembly of Figures (1976), now in the national collection at Tate Britain. He wrote in his wartime journal: Sept 19, 1941. Codford Camp: Baudelaire’s lines have no connection at all but I like their sound and their bitterness and finality. Baudelaire’s second stanza inspired the painting: